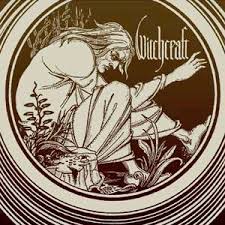 We know that some of our ancestors testified against the witches at Salem.

What may not be as clear is that we may have had a witch in the family earlier.

According to The Great Migration Begins: Immigrants to New England – 1620-1633, one of our ancestors. Welthian (Loring?) Richards was accused of witchcraft nearly 40 years before the Salem Witchcraft Trials of 1692.

“In 1653/4 Welthian Richards was threatened with the charge of witchcraft, having in the heat of passion threatened terrible things would happen to those she was angered at, they later falling victim to various unpleasant fates. Thomas Thacher, writing in her behalf to John Wilson and others from Weymouth 27 February 1653/4 indicated that she took Christian care of her children and that ‘God hath so blessed [them] that five or six of them have approved themselves to one church or other, and been readily entertained into their fellowship. Three of whom are now asleep in Jesus. Three survive. One more with us gives great hope of a thorough work on his heart’ [WP 6:362]. Her case does not seem to have been brought forward.”

The relationship of the Richards family to us is through the mother of Thomas Bradford.

Thomas Richards came to America in the ship Mary and John, sailing from Plymouth, 20 Mar. 1630, and arriving at Nantasket, 30 May, 1630.  Thomas was a merchant and made a number of trips back to England.

After his death,Welthian moved to Boston, and lived comfortably.

She was, however, apparently outspoken. Besides her brush with witchcraft, she was also involved in other controversies over her behavior.

“About 1640, Joseph Hollway of Sandwich, millwright, deposed that “in or about March last past he heard the wife of Thomas Richards of Weymouth speaking of Henry Waltham & Willm Waltham say these words vizt The Walthams are cozeners & cheaters” [Lechford 321]. Henry Waltham told his side of the story to John Winthrop in a letter dated 25 January 1640/1, indicating that Mrs. Richards behaved in a fashion “unbeseeming a modest woman’s carriage” [WP 4:310].” (Great Migration Begins)

The editor of the lawyer’s (Edward Everett Hale, Jr.,) notes quoted above concluded: “. . . although Mrs. Richards was undoubtedly prejudiced in her statements, the opinion here expressed, in regard to Henry Waltham at least, was in some measure justifiable.”

Mrs. Richards appears to have been an outspoken, but honest person.

One of the sons was John Richards. John (our 10th great uncle), who married Ann Winthrop a daughter of Governor John Winthrop of Connecticut. During the Salem Witch Trials, John Richards was appointed as a magistrate on the Court of Oyer and Terminer (1692), which convicted and executed nineteen individuals for witchcraft. (See: Witches Beware!)

3 Replies to “A Witch in the Family?”